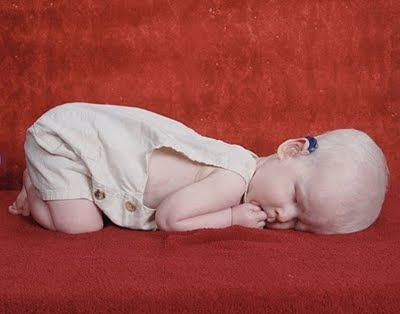 Orion is 9 month old in this photo. It was a warm April day.


Only Among the Deaf

While discussing Orion with a group of Deaf people, a woman wanted me to clarify what his disabilities were, so she said, "Orion's blind, what else?"
"He's also deaf, " I say.
"Ohh, right!"

Thoughts on being a Deaf parent of a Deaf-Blind child

Orion's deafblindness and our being Deaf doesn't mean one less disability to learn about. "Half the battle's won", I've heard this regarding our situation but after reflecting, I realize it doesn't apply here even though it was well-intentioned. With deafblindness, the sum is more than the total of the two "parts". Still, I am comforted that sign language is behind us, practically an innate knowledge. We can apply that knowledge with creativity and what we've learned and will learn for communicating with and helping Orion gain an understanding of the world around him. We're hungry for tips, knowledge and experiences of other parents, teachers, paraprofessionals, DB interpreters, and DB individuals, so... if you've got it, you've got our full attention. :) 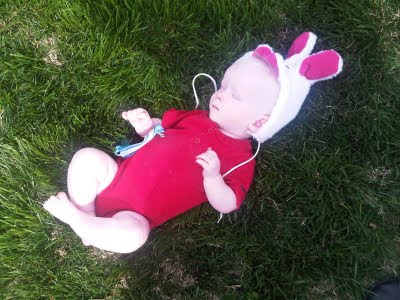 April 10, 2011- We went to CHCDP's Eggstravaganza event at Gallaudet. Orion felt grass for the first time. He tolerated laying on the grass but kept his hands and legs up.

April 14, 2011- While laying in his stroller, Orion checked out a yellow dandelion with his hands. This was at Skyler's first flag-football practice. Soon enough, we had to rescue this dandelion from his teeth.

April 20, 2011- (Orion is 9 months old.) Orion was introduced to the lilac bush out at our mailbox. I could smell its heavenly blossoms, I'm sure he did, too. He grasped the blossoms and leaves tightly and pulled it to his mouth. I was thinking to myself I need to check out what plants are toxic and what would be OK to taste. If he could taste one leaf maybe he'll learn through taste why we don't eat leaves... unless he has he soul of a deer? 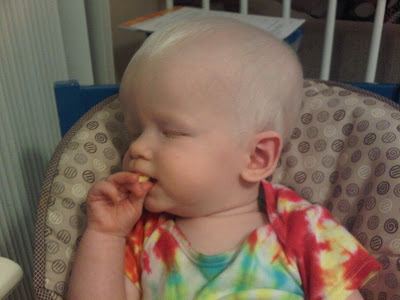 Sometime during the last week of April... I started handing Orion some sweet potato puffs, right onto his index finger and he closes his thumb down on it and eats it. It took a couple days for him to improve his 'skill', and an one-time hand over hand help from mom, for him to put his fingers in his mouth along with a puff stuck on them, for him to start eating it. (We avoid taking his hands and making him do something. We don't even bother tryin. But using my judgement and his one-time permission, I took the chance of showing him and it paid off.) 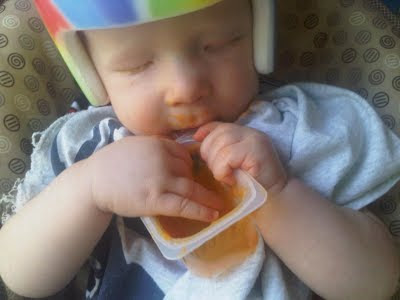 May 4, 2011- (Orion is 9 1/2 months old.) He held the baby food container in his hands and checked the outside of it with his tongue. He also discovered and grasped the sweet potato puffs on the highchair tray. He managed to get one puff in his mouth. That lone puff had an 'interesting' journey from tray to mouth... taa-daaaa. Today's the official day Orion 'feeds' himself for the first time! Yay-yay-yay!